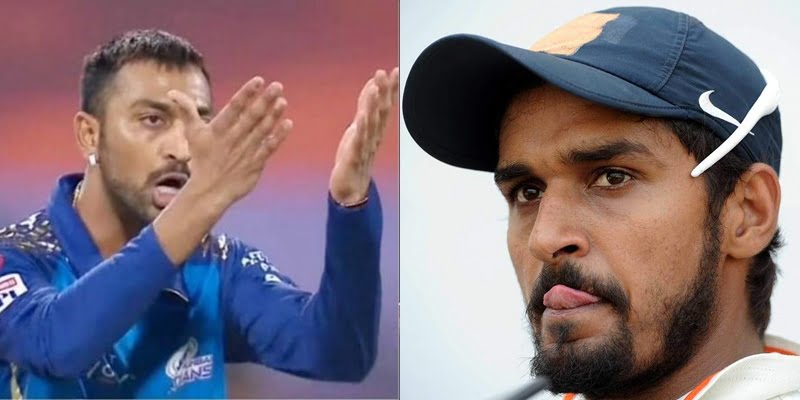 This is one of the recent clashes that has aired around the Indian Domestic Cricket. Deepak Hooda pulled himself out from the Baroda team on the eve of Syed Mushtaq Ali Trophy earlier this year. Hooda claims that his captain Krunal Pandya used abusive languages in front of the Baroda teammates.

Deepak says that he was batting in the nets when suddenly Krunal Pandya came out of nowhere and abused him. Krunal also warned Deepak that he will not let him play for Baroda in the upcoming matches. Pandya even stopped him from training despite the player having the permission of Baroda coach Prabhakar Bairgond.

Clarke and Katich did not have any personal grudges on the field. But one such incident happened in the dressing room in 2009 after Australia won a match against South Africa.

Both got involved in a physical fight and both came face to face as Katich grabbed Clarke collar. Clarke stormed out of the dressing room moments after the fight was dispersed.

Pieterson and Swann were part of the hugely successful English team who reached the number 1 ranking and also won the Ashes series. KP was a very talented cricketer and many people had high hopes from him. KP achieved big heights but his career was cut short.

KP was a person who had ego problems and he did not suit well with other teammates. His work ethic wasn’t the best and a playboy image always surrounded him in the dressing room. Kevin had a lot of issues with other cricketers during his time but his clash with Graeme Swann is a well-known one.

Graeme Swann previously admitted that they openly disliked each other when they were playing for England. They would try to ignore each other as much as possible but both knew that they were important for the team so tried to keep their ego aside on the pitch.

Shoaib Akhtar has told in a number of interviews that he would have loved to play under Imran Khan. But Imran Khan retired from international cricket by the time The Rawalpindi Express arrived.

In 2011 Shahid Afridi was the captain of the squad. Shoaib wanted to play against India in the 2011 World Cup semi final match. Shoaib was not having a great tournament and was also dropped in the previous two matches. Shoaib wanted to feature in the high voltage game but he was again dropped by Shahid Afridi. Pakistan lost the game by 30 runs and the relationship between Afridi and Shoaib became bitter.

Gilchrist was one of the most loved cricketers for his sportsman spirit during his time. However, the wicket keeper batsman was not in great terms with his teammate Shane Warne.

Shane Warne did not like the company of Adam Gilchrist right from his debut because he was picked over a friend of the former leg-spinner. Warne mocked Adam Gilchrist in a domestic match, sarcastically calling him “Goody-two-shoes”.

The rivalry was ignited more when Adam Gilchrist was picked as the vice-captain of the Australian team replacing Shane Warne. However, we now see both of them commenting together mostly in Sky Sports.