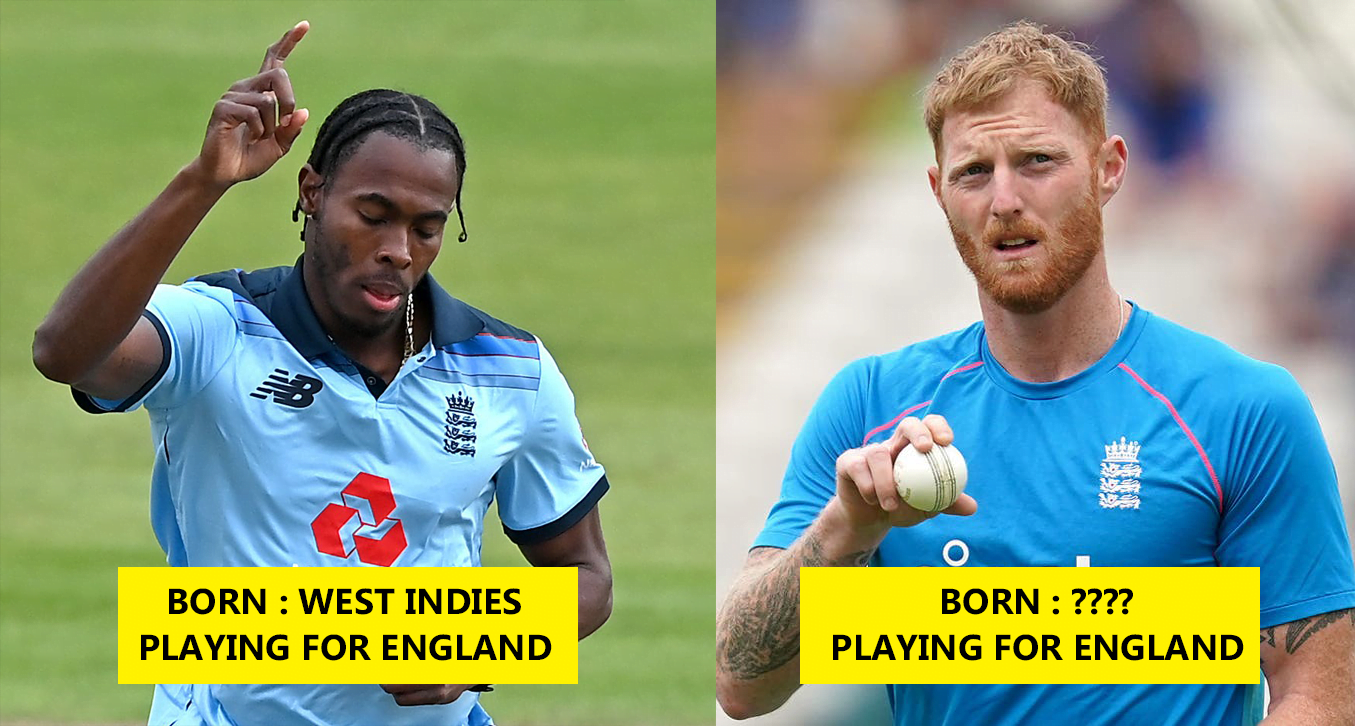 You might remember Chris Jordan from his days at IPL Franchise Royal Challengers Bangalore. He was once recognised as one of England’s key threats in the shortest format of the game but has since been replaced by a better alternative in Jofra Archer. He was originally born in Barbados, West Indies.

Chris Jordan got a sporting scholarship and it was then that he moved to England and started playing for Sussex. He then got his maiden call to play for the English National Team. However, it was not until 2014 that he made his international debut against Australia. He continues to play T20 cricket for England but his influence is long gone.

English opener  Jason Roy was born and brought up in Durban, South Africa. When he was 10 years old, his family decided to move to England and he has been here ever since. On current day, Jason Roy is one of the best white ball cricketers that England have and he has also cemented his place as an opener in the ODI and the T20 team.

Jason Roy was playing white ball cricket for Surrey when he got his maiden call-up from the national team.

Jofra Archer was a member of England’s squad in the 2019 ICC World Cup and imminently he became their most important player as it was he who bowled for England in the Super Over and won them their first ever World Cup.

The famous South African spinner is actually from Pakistan. He was born in Lahore, Pakistan and it was there that he learnt cricket in his initial days. He was a member of Pakistan’s U19 team and also Pakistan A team but did not get a chance to play for their senior team.

He has not looked back from there. Imran Tahir is particularly famous in India for his spectacular numbers in the IPL.

Kevin Pietersen, like Jason Roy, was also born and brought up in South Africa and decided to move to England later. Pietersen earlier wanted to be an off-spinner and could bat a bit. After moving to England, he started to focus on his batting.

Kevin Pietersen went on to become one of the best batsmen in England’s history. He is now retired and has taken up commentary.

England’s Ben Stokes is undoubtedly one of the best All Rounders in modern cricket and one of England’s key players too. He, however, was not an Englishman by birth. He was born and brought up in New Zealand. In fact a majority of his family still resides in New Zealand. Ben Stokes signed a contract with Durham at the age of 18.