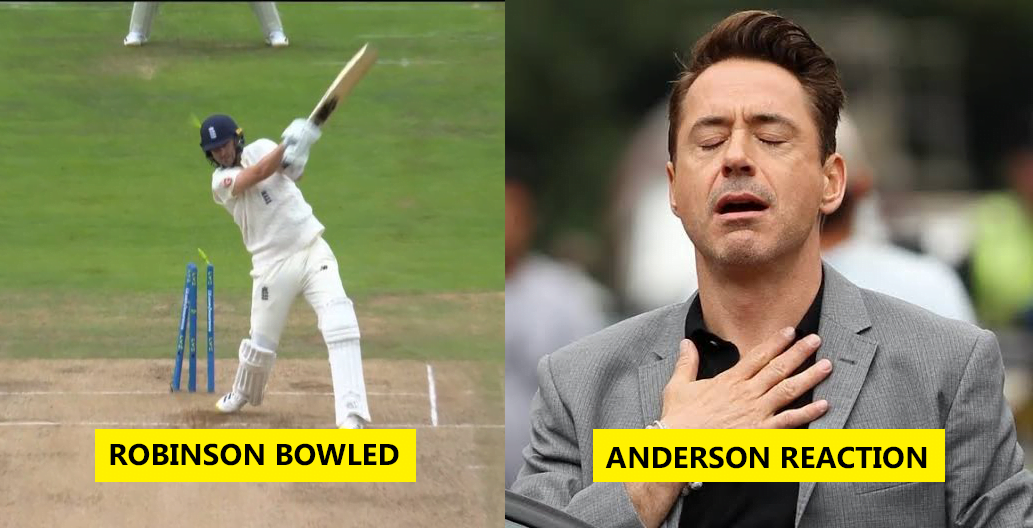 England’s batting order wrought havoc in their first innings of the ongoing third test match between them and India on the 2nd day of the match as they took their total past 400 in just one day. When compared to India, who got clean sweeped for just 78 runs, England’s batting performance was majestic.

However, two of India’s key pacers Mohammad Shami and Jasprit Bumrah were quick to pick up England’s last two wickets, moments after the commencement of Day 3.

The dismissal of Ollie Robinson that was caused by the individual brilliance of Jasprit Bumrah is the one that needs to be talked about the most. The 27 year old’s peach delivery completely confused England’s tailender who got clean bowled.

Ollie Robinson was England’s last fall of wicket and his dismissal marked the end of England’s monumental first innings wherein they scored 432 runs, cementing a firm lead of 354 runs.

If things go England’s way, they are expected to win the ongoing match convincingly, probably by an innings or so. However, that does not seem to be the case as the weather at Headingley has decided otherwise. A cloudy weather at Leeds, Yorkshire is causing a slight drizzle now and then and the match had to be delayed for a moment, just before the Indian batsmen could step on the field for the second innings.

Fortunately for them, the match has now restarted but nothing can be surely said about the weather. England is infamous for it’s sudden climate weather and that was what caused the first match of the ongoing season to end in a tie despite India having been in an advantageous position. The same can now happen with England, barring them from equalizing the series 1:1. That, however, would be an unfortunate mishap as the hosts have clearly dominated in the match so far in all the aspects.

Here is the clip of last 2 Wickets video: