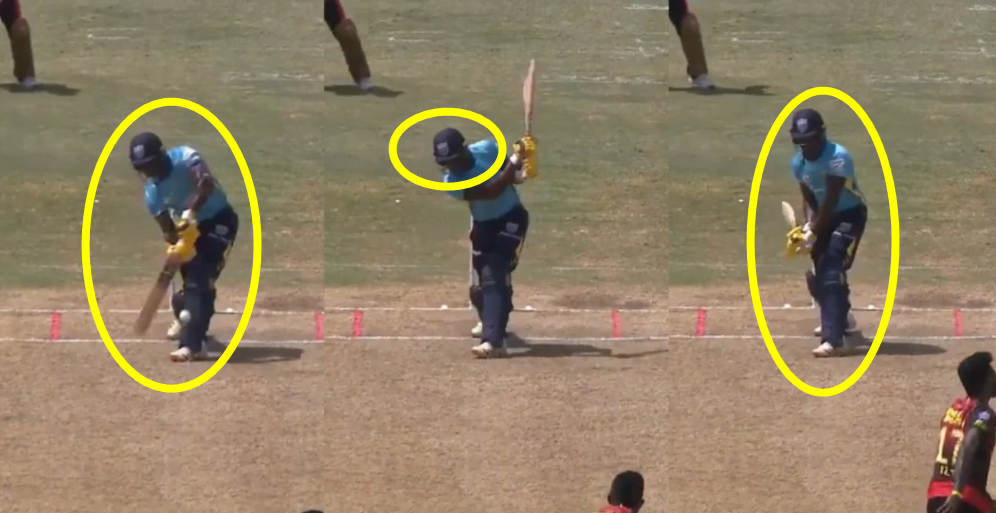 Andre Fletcher has just raised the heights of the Caribbean Premier League with his tremendous performance in the latest match between Trinbago Knight Riders vs St Lucia Kings. Andre Fletcher Is playing for St Lucia Kings in the current edition of the tournament and in the match we are talking about, he proved very that he is worth every penny.

So what did Andre Fletcher do that caught all eyeballs? The West Indian power hitter played a no-look six off Trinbago Knight Riders bowler Isuru Udana in the most savage way possible, shocking everyone including the bowler and the commentators themselves.

Thanks to him and the other batsmen of St Lucia Kings, the kings were able to put up a decent enough total of 158 runs which might seem to be low in a T20 match, but given the awesome bowling attack that Lucia Kings have, was defendable enough. And boy did they do so.

Trinbago Knight Riders never seemed comfortable while chasing. Despite getting a good start through openers Lendl Simmons and Tion. Colin Munro put up a knock or 40 off 47 and killed their strike not. A much better performance was expected off him. Keemo Paul, Chase and Wahab Riaz were the stars of St Lucia Kings’ bowling attack and took a wicket each.

Tim Seifert of Trinbago Knight Riders tried very hard to pull it off but his 40 runs knock was also not good enough as St Lucia Kings won by a narrow margin of 5 runs.

With this win, St. Lucia Kings made significant improvements in the points table, adding to their points tally. If they continue such a consistent performance in the rest of the season, they can easily become serious title contenders.