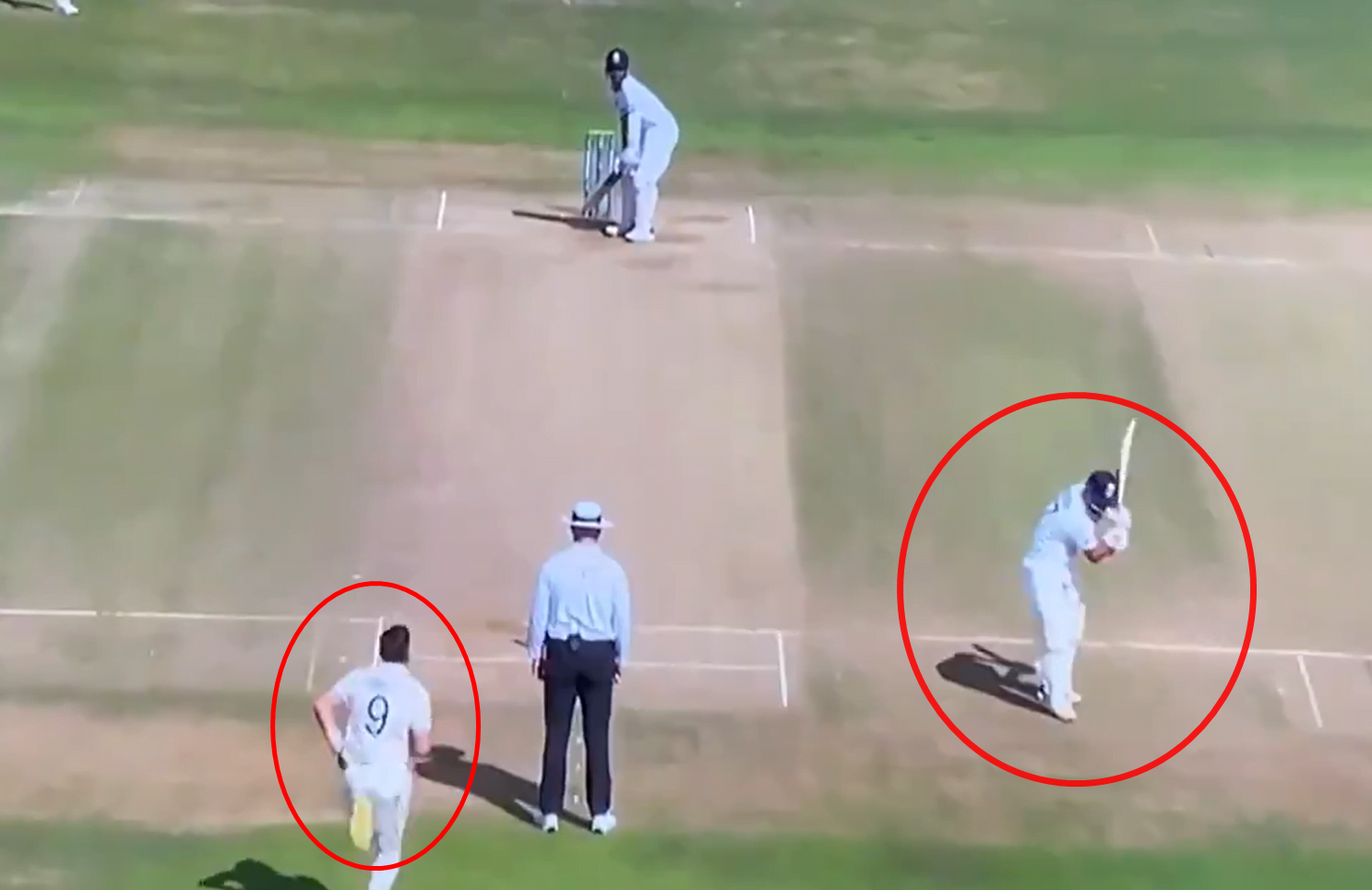 Rishabh Pant scored only one run before being dismissed by Ollie Robinson on Day 4. India were bowled out by 278 runs in the 2nd innings at Headingly, Leeds. England won the match by 76 runs with an innings to spare.

Ollie Robinson’s fifer helped England achieve this milestone on Day 4. England are now level in the series 1-1. After losing the Lords Test, the three lions are back in business.

After the Indian batting collapsed once again on Day 4, Rishabh Pant had to come down the pitch in a hurry due to the early dismissals of Cheteshwar Pujara and Virat Kohli. Rishabh Pant came out to bat 45 mins after the start of Day 4. The Indian Batsmen were struggling to face the swinging new ball in front of James Anderson and Ollie Robinson.

Pant did not except to come out in the pitch so early. That is the reason the wicket keeper batsman was seen shadow practicing at the non-striker’s end hilariously when James Anderson was bowling to Ajinkya Rahane.

A lot was expected from Rishabh Pant after a highly impressive Australian tour and a home series against the three lions. Pant scored one run before edging a ball off Ollie Robinson’s delivery in the 91st over of the game. So far Pant has a series to forget as he just managed to just score 87 runs in 5 innings. Pant has been struggling against the swinging new ball much like other batsmen in the team.

After multiple failures Rishabh Pants position in the starting XI is questioned. The 23-year-old has been cheaply dismissed a number of times in the series and the coach Ravi Shastri will be surely looking for a replacement.

The only other wicketkeeper batsmen in the squad is Wriddhiman Saha who is yet to play a match in the ongoing series. Saha also missed the World Test Championship (WTC) final against New Zealand.