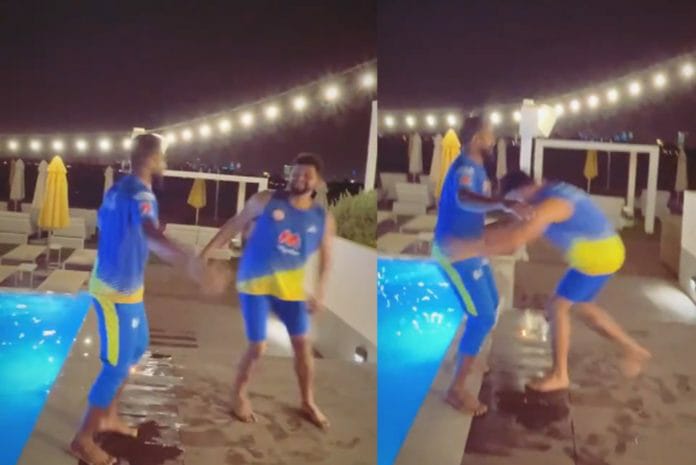 The second phase of Indian Premier League 2021 is set to start on this 17th September and two of the most successful teams in the tournament, namely Chennai Super Kings and Mumbai Indians are set to take on each other in the first match of the second phase which is scheduled to take place in the United Arab Emirates.

Videos of both the teams preparing with full fervour have already blown up on the internet and the fans are loving the intensity and energy of their favourite players ahead of the much awaited second leg. However, it is not that the players are only practising but they are having some much required fun and leisure time too to relax their minds.

That is exactly what Chennai Super Kings Vice captain Suresh Raina was caught doing last night at CSK’s team hotel when he posted a funny video of himself on his official instagram handle.

Suresh Raina is evidently a fan of WWE star John Cena and he was seen copying the superstar wrestler’s signature move which is called ‘Attitude Adjustment’ by the poolside. Fellow Chennai Super Kings all-rounder Asif KM fell prey to Raina’s moves and it was him that the veteran cricketer threw into the pool and jumped himself too.

Suresh Raina used the song “And his name is John Cena” in the background to further add to the comic element of the video. The reel got viral on Instagram in no time and it already has over a Million likes. It is very clear that the CSK players are enjoying their lives to the fullest in the UAE.

However, they are practising well too. A video of CSK captain MS Dhoni hitting a massive six out of the park got viral earlier this week and it is giving fans a hint that the vintage Mahi might finally be back. CSK had had a great performance in the first phase of the tournament and they will look to maintain their momentum in the remaining matches as well.