VIDEO : Bharat Tried to Win the Match With Brilliant Catch 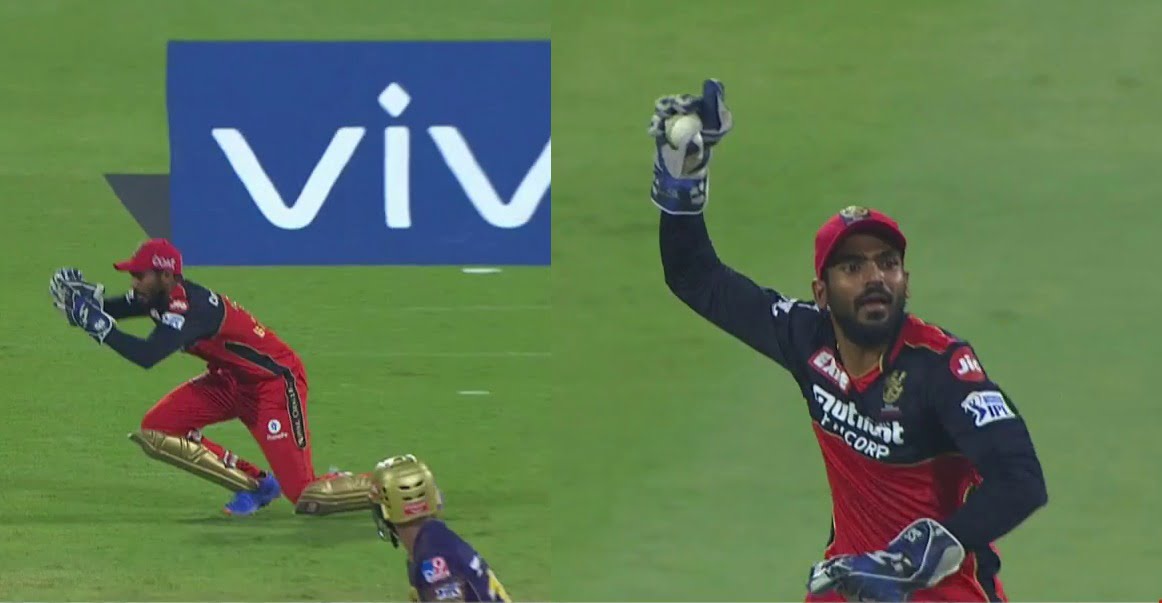 Virat Kohli won the toss and elected to bat against Eoin Morgan’s Kolkata Knight Riders in the Eliminator in Sharjah. No Andre Russell as both teams make no changes.

Shubman Gill and Venkatesh Iyer begin Kolkata Knight Riders’ 139-run chase in the Eliminator against Royal Challengers Bangalore. Kolkata Knight Riders need 139 to win. Sunil Narine starred for KKR as he dismissed Glenn Maxwell, AB de Villiers, Virat Kohli, and KS Bharat to restrict RCB to 139/7 in 20 overs. Lockie Ferguson also picked up two wickets including the wicket of Devdutt Padikkal who chopped the ball onto the stumps after Virat Kohli and him got off to a flying start.

Sunil Narine clubbed three sixes in an over of Dan Christian to put Kolkata Knight Riders in control before Royal Challengers Bangalore hit back.

This contest is not for the faint-hearted. An edge and wicketkeeper Srikar Bharat claims a low catch. The decision is referred to the TV umpire who takes his time before being convinced.

Karthik hangs back and looks to cut but gets a thick outside edge to the keeper. Bharat does well to take a low catch. The third umpire needed a quick view for a clean catch and the replay shows that Bharat has taken a clean catch after multiple views.