VIDEO : Du Plessis Huge Six Went Out of the Stadium 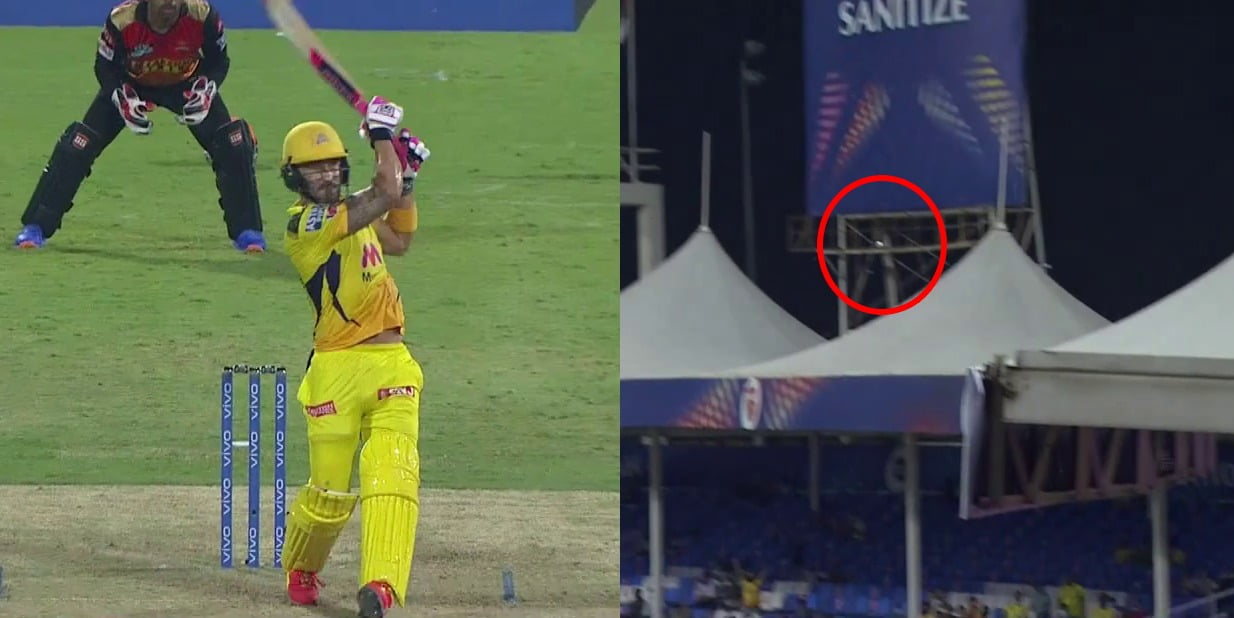 Faf Du Plessis, Ruturaj Gaikwad Get Chennai Super Kings Off To Solid Start In Chase Of 135

CSK, who are currently the table toppers with 16 points from 10 matches, will look to seal their spot in the play-offs with a win against SRH.

Plessis’ turn now. Absolutely smashed it. CSK 27/0 after 4 overs.This one was even bigger than the Ruturaj’s sixe. They are well and truly complementing each other. Matching shot by shot.

It was a Faf du Plessis favourite shot. Makes little room and whacks the ball over long-on. Costly over by Bhuvi.

SRH were restricted to 134 for 7 in 20 overs. Rashid Khan, Abhishek Sharma and Abdul Samad played fine cameos after Wriddhiman Saha hit 44. Josh Hazlewood finished with his best IPL figures while Dwayne Bravo was brilliant as usual.

Wriddhiman Saha got going with 44 but he failed to carry on. Big guns Jason Holder and Kane Williamson failed to get going but youngsters Abhishek Sharma and Abdul Samad added some crucial runs before Rashid Khan hit a 13-ball 17

Playing for pride, the “Orange Army” will be hoping to repeat their victorious performance against.