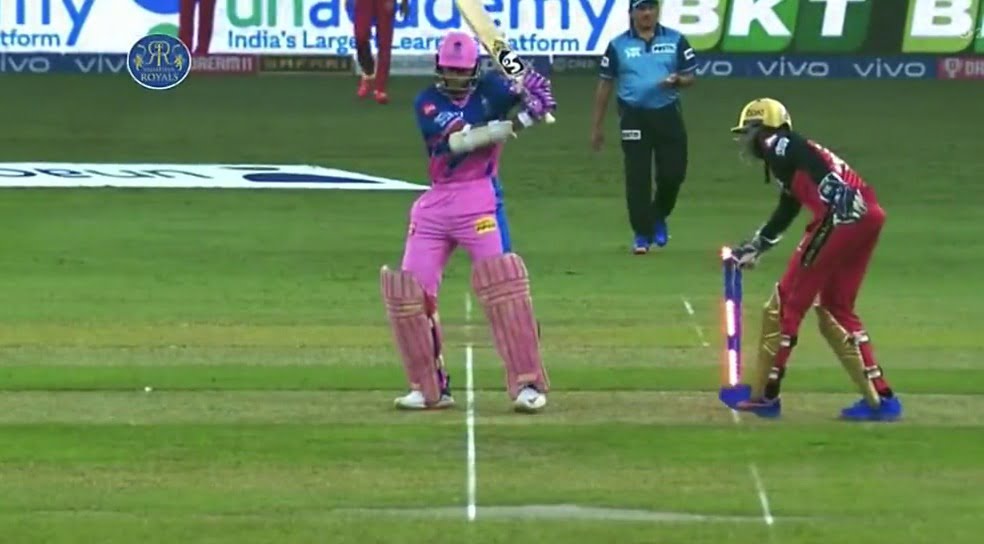 During the 43rd match of the IPL between RCB and RR, RCB skipper Virat Kohli put RR to bat after winning the toss at the Dubai International Stadium. RR are poised 7th in the points table with 8 points in 10 matches while RCB are in a better position with 12 points from 10 matches so far. Both teams are eager for a win as it will make them closer to the playoff’s qualification.

RR started off well after being put on to bat first. Openers Yashasvi Jaiswal and Evin Lewis gave Rajasthan a flying start by scoring 56 in the powerplay overs without losing any wickets. Jaiswal was dismissed in the 9th over who managed to score 31 off 22 deliveries. The two had put up 77 runs for the first wicket. Evin Lewis also struck 58 off 37 before being dismissed in the first ball of the 11th over. A lot was expected from skipper Sanju Samson who is in fine form scoring 70* and 82 in the last two matches.

However, wickets started falling soon after Lewis was removed. Rajasthan Royals plans were dented by Shahbaz Ahmed who removed Sanju Samson in the very first ball he bowled. He also removed Rahul Tewatia back to the pavilion. Yuzvendra Chahal also continued to take wickets from one end. He removed Mahipal Lomror and Liam Livingstone.

RR’s batting lineup dismantled from 100/1 to 127/6 within a matter of 5.1 overs. Chris Morris struck some crucial boundaries in the end. Harshal Patel struck three wickets in the final over and restricted Rajasthan’s innings to 149/9 after the completion of 20 overs. Harshal is the currently the purple cap holder in the IPL with 26 wickets in 11 matches at an economy of 8.57.